New One For Me 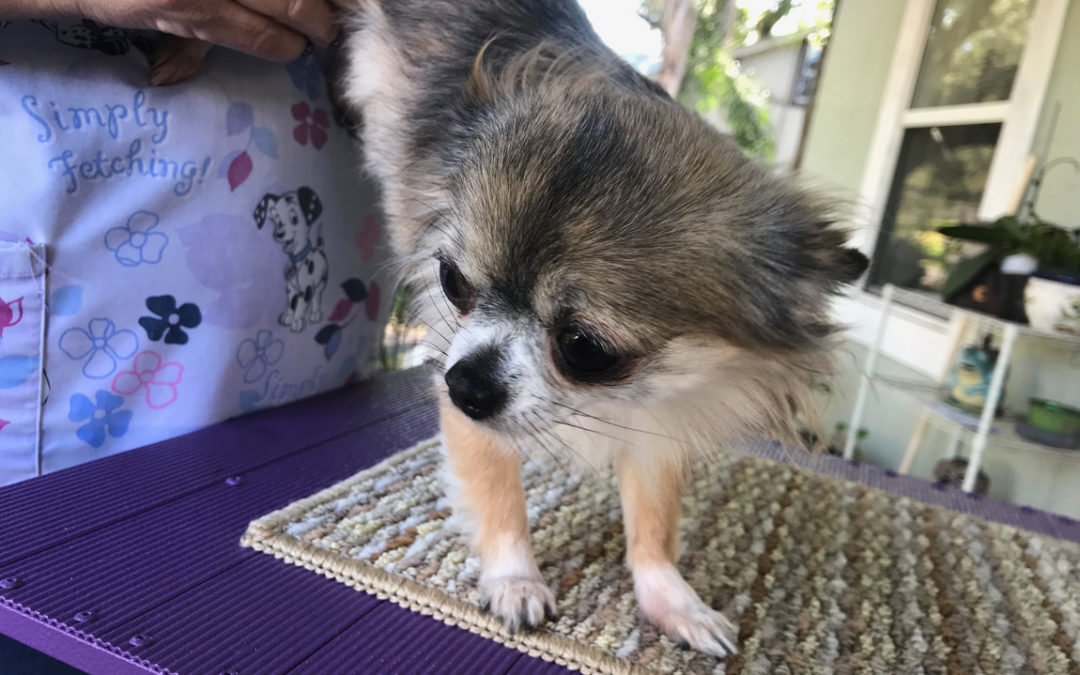 This is a first for me. I’m not handing out candy at my front door this Halloween, I am helping assist with an artificial insemination! I’m not quite sure what to think on the outcome. We shall see how things turn out. My intention was to breed Georgie and KC. As I explained earlier, that breeding it’ll I’ll me to close in on my two lines and bring them together. Since KC has a tilted uterus and cannot breathe naturally I am left with only one option, an A.I. and I’m at the mercy of the A.I.

Mr. Georgie was not cooperating. Or at least his urges weren’t. Rita tried for quite a while to collect from him and it just was not going to happen. Talk about blue balls? Poor little guy! At this point we were left with a choice. Skip the breeding or try another male. This is going to be KC’s last season. She’s getting up in age and I do not want put her through the hormones anymore. This was her day 10 – the day to start the breeding!! Rita suggested we go with Patriot Eddie’s father and Tino’s grandfather. It would it would not bring in the newer stuff so. That is what Georgie brings. I hemmed and hawed but finally to find decided to go for it. I figured I would do the one insemination and let fate make the decisions for me. If we artificially inseminated with Georgie I would come back in two days for a second breeding. All it really takes is one so this is where fate had to take over. We shall see if we have a litter around the first of the year.

I can say it was kind of funny to watch KC while she was being inseminated. She kept looking over at Georgie the entire time. He looked defeated and she looked disappointed. Like “Dude, what is up?”