They Are Finally Here 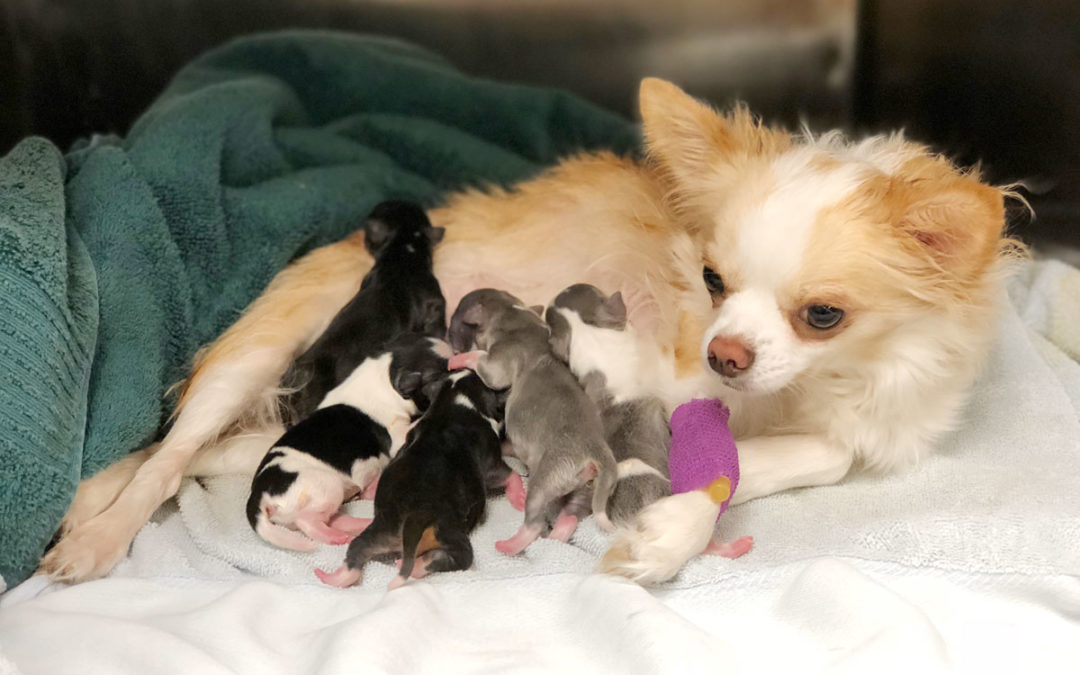 What an adventure this day has been! I will be honest – I really thought we were having puppies YESTERDAY!!! Ok, Ok, wishful thinking because yesterday was my birthday. How cool would that have been to share my actual birthday with a litter of puppies, right? I spent my birthday watching the proverbial pot boil so yeah, I was disappointed.

But when we woke this morning to Milly panting up a storm so I knew they were coming today! To the whelping box we went AGAIN and Milly panted and paced and dug and then…. she whined.

She NEVER whines! Ever! She’s a silent whelper!!! And this was not her first time. We were waiting over 4 hours and still no puppy – Totally unlike her. I knew we had a problem! Off to Dr. Rodgers in Lakeland we were headed!!!!

The drive was rather uneventful – My co-pilot was a real trooper. Keeping herself calm and staying focused the the task at hand. I swear she knew I was on a mission helper – I could see it in her eyes!

Dr. Rodgers was amazing, AS ALWAYS and got her right into surgery. We had 6 puppies in there but the boy that was stuck didn’t make it. He was positioned across the birth canal, blocking the way for all of the others, hence…. no progress on the whelping and lots of whining!!!

We had five happy and healthy puppies in shades of black to blue. Two girls and three boys. Milly took right to them, even while coming to from her anesthesia! Man oh man is she an amazing mother!!! And we have ourselves a stunning litter of puppies!

As we drove home and I got them all settled I thought long and hard about this whole whelp watch. Two fulls days waiting for their dramatic arrival -Same way I come into the world! An entire week early for me though! So with that said, these puppies were being named after birthday cocktails! Decision made!!!

Playing With A Whippet
1 Week Old