Lessons from Day One 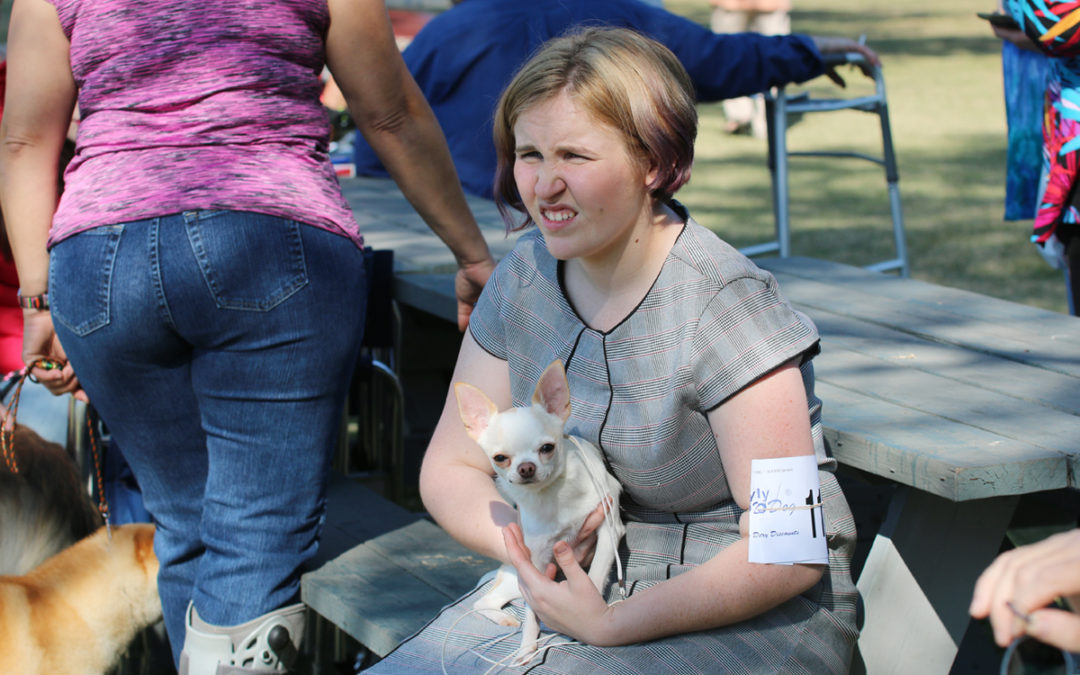 First, I must state that the new Double Decker Mini Best in Show Trolley was my savior! Our hotel put us on the second floor and they do NOT have an elevator! With the trolley being the little one’s sleeping quarters, my ability to carry it up and down the steps without help was paramount. With that being said, I need longer than an hour and a half to get everything down and to the show site. Yikes do I miss Alexis already!!!

The second lesson of the day was to always run dogs before they are about to go in the ring. There was a last minute schedule change and suddenly Alexis was needed to handle Pryia in the breed ring. The sudden change left Pryia quickly groomed but not ran – Hence,she pooped in the ring less than a minute from entering it. Not once but three times! She got skipped and put to the end of the Specials she pooped so much. She did go on to win a Select, which goes to show just how amazing that girl is!

Unfortunately, Pryia also went into season which means that Alexis cannot show her in Juniors!! ARGHHHHH!!!!! Here I thought having females would make things easier without all of the male marking. The fact that girls brings others not season with them didn’t cross my mind until now – but it further confirmed our need to have multiple junior dogs for when things like this happen.

We had Georgie, Stella and Breezy to pick from. With the girls being less than show trained, Georgie was the only option left. Granted, he has only shown for me to his title and doesn’t get his tail up unless he is moving, but he was our only chance for her to compete. With me hiding behind people so that he couldn’t see or hear me, I have to say I was quite impressed with how well the two did together, He did very well for her and if the judge actually judged on effort, she could have placed. He is NOT an easy dog to show. They got first in my book!

With all of the dog switching and schedule juggling, while Alexis was in Juniors, she has a conflict with the Whippet ring. Renee was kind enough tossup in and take Breezy in for us. We have her entered for today and tomorrow’s shows. She got 2nd and then Reserve Bitch (do I have to share there were only two bitches there today?) Forever thankful to Renee for showing her, making Breezys first show with us such a pleasant and fun one!

Off to bed to rest up for day two….