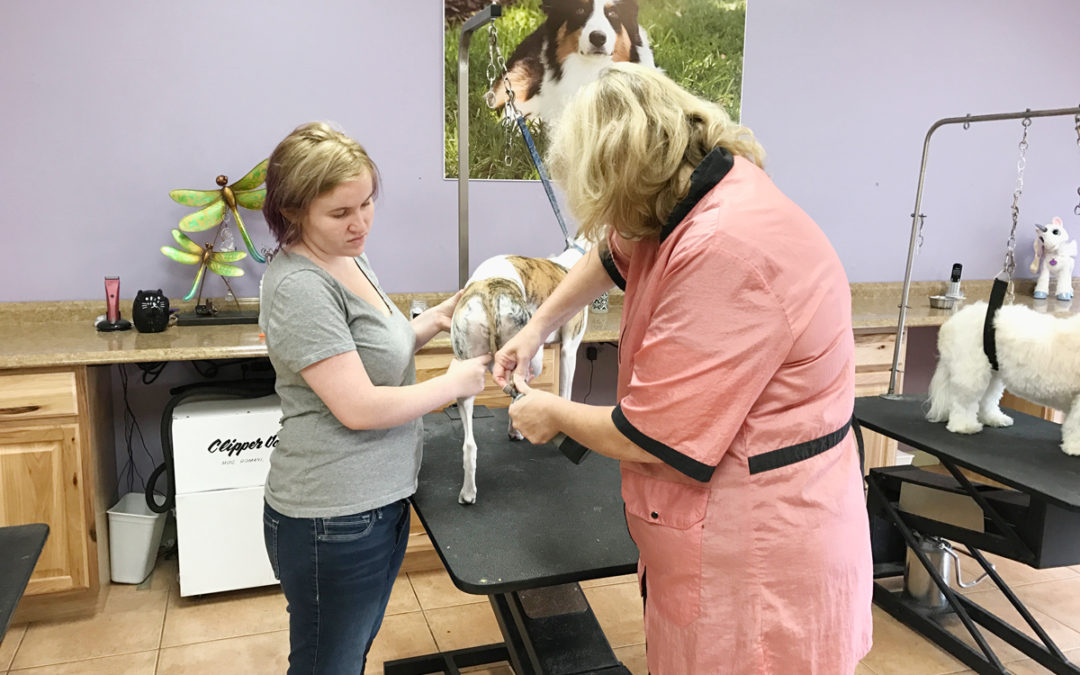 We have been working on getting Breezy’s nails trimmed down but with her quicks being so long, it’s taking a lot longer than we would like. When you fail to trim your dog’s nails as frequently as needed, the quick grows along with the nail. In some cases, when the nails are extra-long, the quick may lengthen so much that it reaches the tip. That’s what has happened with Breezy. Trimming her nails once a week is a slow process but we need to get them short for the shows in Ocala in three weeks. We have decided to speed up the process a bit by using the Dremel.

A Dremel is at the prefect choice because it cauterizes as it grids the nail and with some detailed instructions from Kristie, Alexis was able to learn a quick way to Dremel a less than cooperative dog. Looks Like we know what we will be doing every Thursday for the time being!

What a Cool Way to Spend the Day
Change In Plans